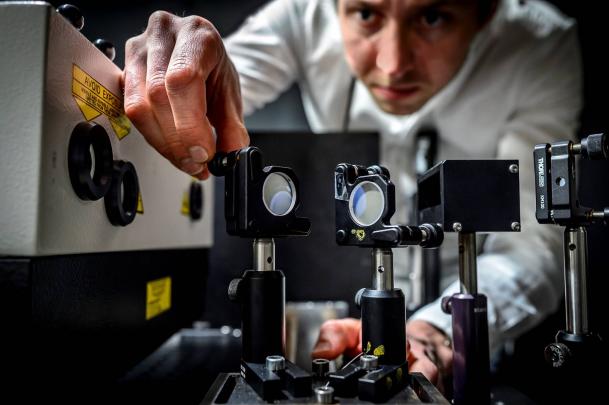 Researchers at Lund University, Sweden, have developed the world’s fastest camera capable of filming at a rate equivalent to five trillion images per second – or, events as short as 0.2 trillionths of a second. This new ground-breaking camera, researchers say, will be able to observe incredibly fast processes in chemistry, physics, biology and biomedicine, that so far have not been caught on film.

To demonstrate their technology, researchers used the camera to capture how light – a collection of photons – travels a distance corresponding to the thickness of a paper. In reality, the process takes a picosecond – one trillionth of a second, but using the camera, the process was slowed down by a trillion times.

Current high-speed cameras capture images one by one in a sequence, but the new technology captures several coded images in one picture and uses an algorithm to arrange them into a video sequence afterwards. The technology has been given the name FRAME, which stands for Frequency Recognition Algorithm for Multiple Exposures.