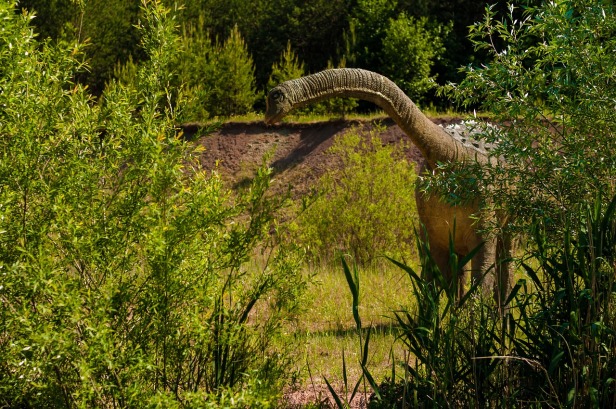 Experts at the Potsdam Institute for Climate Impact Research (PIK) have reconstructed how formation of tiny droplets of sulfuric acid high up in the air after the impact of a large asteroid and blocking the sunlight for several years, ended the reign of the dinosaurs. Using a specific kind of computer simulation normally applied in a climate model coupling atmosphere, ocean and sea ice, researchers were able to show that sulfur-bearing gases that evaporated from the asteroid impact resulted in the annual average temperature to fall below freezing point for about 3 years. This eventually led the ice caps to expand and even annual mean temperatures in the tropics to drop from 27 degrees to 5 degrees.

It’s a well-known fact that sulfuric acid contributes to the formation of tiny aerosol particles, and these particles influence climate through the formation of clouds. According to most experts, this long-term cooling caused by the sulfate aerosols as a result of impact was much more important for the mass extinction than the dust that stays in the atmosphere for only a relatively short time. They also found that since it took the climate about 30 years to recover, it just became impossible for land-living dinosaurs to live throughout the period. Furthermore, ocean circulation became disturbed. Surface waters cooled down and hence became denser and heavier, leading to massive blooms of algae that produced toxic substances. Marine ecosystems were also severely disturbed, which likely contributed to the extinction of species in the oceans, like the ammonites.

“It is fascinating to see how evolution is partly driven by an accident like an asteroid’s impact — mass extinctions show that life on Earth is vulnerable,” says Georg Feulner, one of lead researchers of the team at PIK. “It also illustrates how important the climate is for all lifeforms on our planet. Ironically today, the most immediate threat is not from natural cooling but from human-made global warming.”

Reference: Baby, it’s cold outside: Climate model simulations of the effects of the asteroid impact at the end of the Cretaceous – Geophysical Research Letters

5 thoughts on “How Did Dinosaurs Die?”