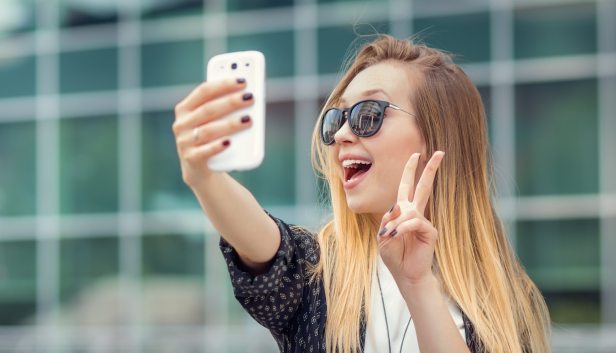 Researchers at Japan’s National Institute of Informatics (NII) have found that posing for a picture while holding your hands in a peace sign could get your identity stolen as hackers can easily copy and recreate fingerprints from photographs taken up to three meters (10 feet) away. According to CNET, Isao Echizen, a security and digital media researcher at the NII, specifically warns about flashing a peace sign in selfies – trend that runs rampant in Japan, as it makes it easy for hackers to pair fingerprints with faces.

Echizen also expresses fears over the safety of people’s personal data with the rise of biometric fingerprint locks because having your fingerprints stolen is a lot more dangerous than having your passwords hacked. His team has now created a transparent film made of titanium oxide that can be applied to finger tips to prevent “fingerprints from being copied” without inhibiting unlocking, Telegraph reports. Goodix, a china-based security company dedicated to developing human interface and biometric technologies for mobile phones, tablets and smart wearables, is also developing a “live” fingerprint scanner that uses prints and infrared analysis of underlying tissue and even pulse to prevent identity spoofing.