A study at the University of Queensland has revealed that birds always veer right while approaching head-on to avoid crashing into each other. Researchers believe their findings may have enormous potential in designing automated anti-crash systems on aircraft and autonomous drones.

“There was much for humans to learn from how bird flight has evolved over 150 million years,” Professor Mandyam Srinivasan, the lead researcher of the study, said in a news release. “Birds must have been under strong evolutionary pressure to establish basic rules and strategies to minimize the risk of collision in advance.”

This stunningly simple trick was revealed when Professor Srinivasan and his colleagues were filming pair of budgerigars approaching from the opposite ends of a tunnel towards each other. The test involved 10 birds, and in 102 flights, not a single collision was observed.

The team found that while approaching head-on, the birds follow these two simple strategies:

Researchers also found that birds would rarely fly past each other at the same height, which raises the question of whether individual birds have a specific preference for flying higher or lower. Professor Srinivasan said it might be their position in the group hierarchy that decides which bird flies higher and which flies lower.

“While we can’t say how birds solve the problem of switching to different altitudes, we can propose some simple strategies for autopilot systems and unmanned aerials vehicles to prevent head-on collisions,” he said. 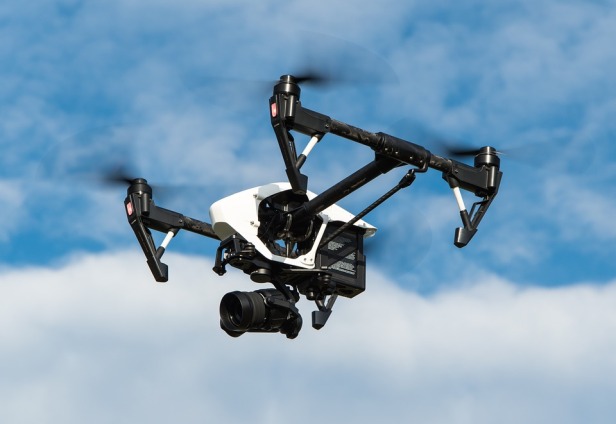 Drones currently use simple sensor-based collision avoidance solutions to swerve away from obstacle, but none of them is sophisticated enough to communicate with each other, Srinivasan told New Scientist. Once better sensing technology becomes available, programming all drones to veer right should solve the problem right away.

Now that drones are being built in large number, Srinivasan contemplates programming drones to communicate with each other would be more feasible than programming to coordinate every drone in the sky from a central flight command center.

Large birds such as geese and pelicans fly high in V-formation. This formation, which is also known as echelon, allows birds to get possible view of the bird in front to maintain safe distance and thus avoid mid-air collisions. Smaller birds such as budgerigars used in this study do not have much advantage flying in V-formation, so they tend to fly in looser groups. Their visual system works incredibly fast, so veering right and changing altitudes are much more effective for them to avoid collision.

23 thoughts on “Birds Never Crash Into Each Other Because They Always Veer Right, Study Finds”