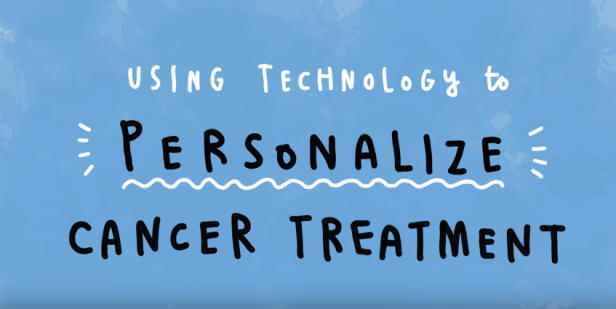 Computer scientists and researchers at Microsoft’s Biological Computational unit are effectively working to solve cancer within the next ten years. The unit aims to tackle the disease as if it were a virus in a computer system and hopes to deploy machine learning techniques to go through the huge amounts of cancer research and analyze the disease and the drugs that treat it. The unit also considers it’s highly possible to make cells into living computers that can reprogramme cancer cells.

“The field of biology and the field of computation might seem like chalk and cheese,” says Chris Bishop, head of Microsoft Research’s Cambridge-based lab, in a statement at Fast Company. “But the complex processes that happen in cells have some similarity to those that happen in a standard desktop computer.”

While one is focused in the idea that cancer and other biological processes are information processing systems, the other is more data driven. In the first approach, the tools that are used to model and reason about computational processes – such as programming languages, compilers and model checkers – are used to model and reason about biological processes. In the later approach, researchers aim to create computer models out of living systems by applying techniques such as machine learning to the plethora of biological data that has suddenly become available, and use those sophisticated analysis tools to better understand and treat cancer.

If researchers can work out on both of these, the behaviour of cells can be kept under control. And, it would be possible to trigger a specific response within a cell which, as a result, would reverse its decision and turn it back to a healthy state. For now, the Cambridge team’s computer models are assisting pharmaceutical companies in developing medicines. They are also working out on a code so they can compare a living cell to that of a diseased cell to understand what happened to the cell and how it can be fixed.

The project is done using DNA as a programmable material and is extremely challenging. Microsoft expects their project will be technically possible within a decade.