Possibly one of the most iconic species of birds in the world, the tuxedo-clad penguins certainly have their fair share of popularity. There are numerous famous movies centered around their habits, and they have grown to be the charismatic ambassadors of the South Pole. In fact, it’s likely one of the first animals that would pop into your mind when thinking of the freezing and ice-covered lands.

Penguins are one of the most studied species in the world, especially in recent times with the crisis of global warming threatening their survival. And yet, a majority of the population knows so little about them. Some are misconceptions, other facts are misunderstood, while most of them are widely unknown. So, here are ten things you likely didn’t know about the adorable-looking birds that dwell in the frozen lands and who actually play a major role in our oceans’ health.

#1 They Are Flightless Birds, But… 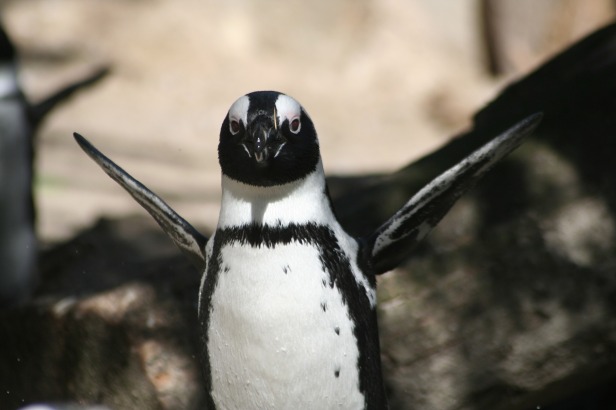 There are around 10,000 species of birds in the world, among which only 40 of them are flightless. Penguins along with ostriches are the two most popular among them, but that hasn’t always been the case. Most of us know that penguins can’t fly, but did you know that they were once able to spread their wings and take to the air?

Scientists claim that penguins did possess the ability for flight once, but it was lost millions of years ago. Through time, their wings evolved into flippers due to their preference of the aquatic lifestyle they have today.

#2 No Penguins at The North Pole 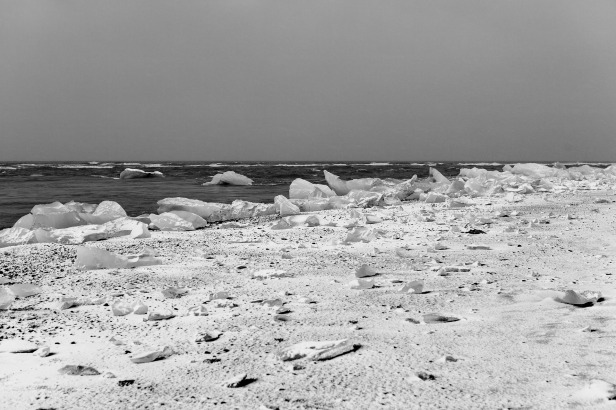 There are 17 species of penguins in the world: Adelie, African, Chinstrap, Emperor, Erect-Crested, Fiordland, Galapagos, Gentoo, Humboldt, King, Little Blue, Macaroni, Magellanic, Rockhopper, Royal, Snares, and Yellow-Eyed Penguins. And every single one of them lives on the Southern Hemisphere. That ranges from icy Antarctic to blazing hot South Africa. In fact, the northernmost location they can be found in is the Galapagos Island, and even that is an occasional visit.

One of the most common mistakes people make is associate the tuxedo-clad birds with the North Pole. But there are none of them there. Just Santa and his hard-working elves.

#3 They’re Not Just Social, But They’re Playful as Well 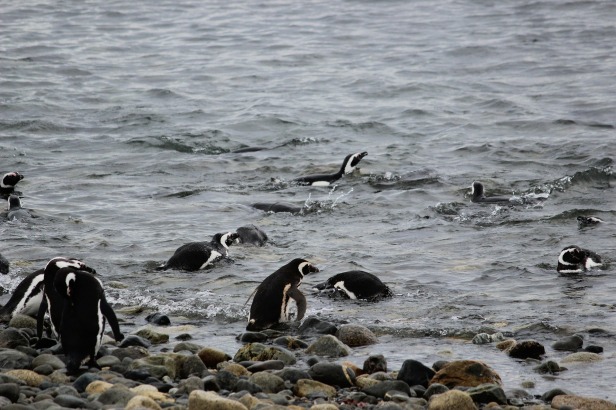 Penguins are widely known to be some of the most social species on Earth. They travel in vast colonies and are not even afraid of humans. However, it’s not all walking, breeding, and eating. Penguins also know how to have a good time and make the best of their environment. They are incredibly playful and find ways to entertainment themselves.

#4 No One Knows the Roots of Their Name 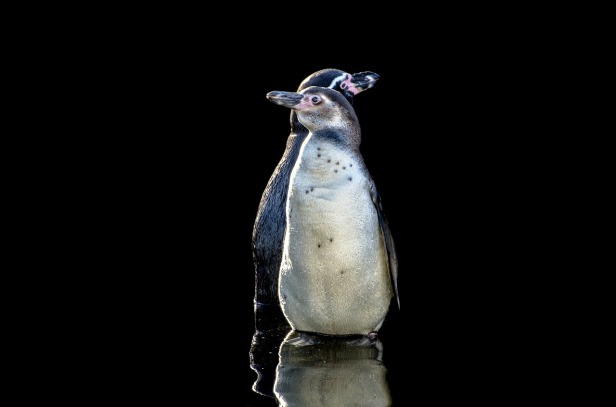 Where did the word “penguin” come from? It’s highly unknown, because it has no root in English, Spanish, French, Italian, or any other language out there. Given the fact that they live in the Southern Hemisphere, it took European explorers a long time to find them. The first reference on record of these flightless birds is “pen gwyn”, which means “white head” in Welsh. However, that’s not precisely accurate to what they look like, but it’s the closest known relation to their name.

Earlier records of penguins date back to 1520, but they were mistaken for geese. Even further back, they are believed to have been an entry in the famous explorer’s Vasco da Gama’s travel log in 1497. Although they were called “large ducks” even then.

Penguins have a very special coat of feathers, but they also have some excellent skills at making them waterproof. They have a helpful gland in the tail of their feathers that secretes an oil which essentially keeps the water off them. Without it, it’s very likely that they wouldn’t be able to stand the blistering winds after a dip in the cold water. That’s why there’s a lot of grooming and molting involved. They have to keep those feathers trim and healthy.

This is something that develops over time, though. Chicks do not have that ability. It takes a while, and that’s why they look like little fluff balls when they’re young. It’s cure, but it’s not practical.

Penguins are carnivores, in spite of the fact that it’s not a usual diet for birds. Fish is their main prey, but that’s apparently not the only thing they gulp down. The birds have been seen downing pebbles and small rocks, something that is believed to help them with digestion. It must not taste splendid, though.

The normal temperature of a human is 98.6 degree Fahrenheit (37 degree Celsius). However, penguins are a little warmer than that, with an average body heat of 100 degree F (38 degree C). They can control the blood flow within them, but you’d be surprised to know that it’s usually for the sake of cooling down. Yes, penguins are apparently too hot for their environment. They either pant like dogs, ruffle their feathers, or spread their flippers away from their body to get cooler.

#8 They Woo Their Mates 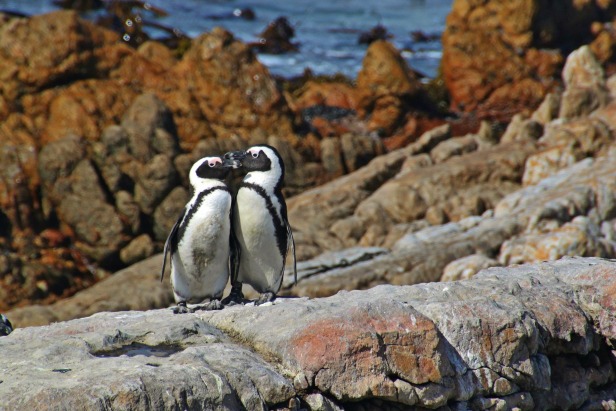 It’s not just all instinct and fluffing of feathers. Penguins actually put an effort into seducing potential mates. Some males either sing love songs and others bring gifts in the form of pebbles. Instead of candy, tiny rocks seem to be the kryptonite of female penguins. Helps with their digestion, after all.

However, in spite of misconceptions, not all penguins mate for life. They’re sort of monogamous since they sometimes keep with the same partner for more than one breeding season, but that’s a bit of a stretch. Penguins have also been seen to “cheat”, even during nesting or while raising a chick with another. That doesn’t sound as adorable, though.

#9 Chubby Males Are the Most Attractive

What really gives a penguin an edge in the process of wooing? It’s not the loveliest serenade or the smoothest pebble. It’s body fat, but in direct opposition on how humans would view it. Males who carry some extra weight make the best partners because it’s them who will have to hatch the egg, not the females. They will have to stand there and protect their little chick before it’s born, offering the egg warmth. All that extra body fat will be perfect for it.

The average penguin male is said to lose around 26 pounds while nursing his egg, so it’s best to have a hefty stock of fat beforehand.

#10 They Were Our Prey in The Past 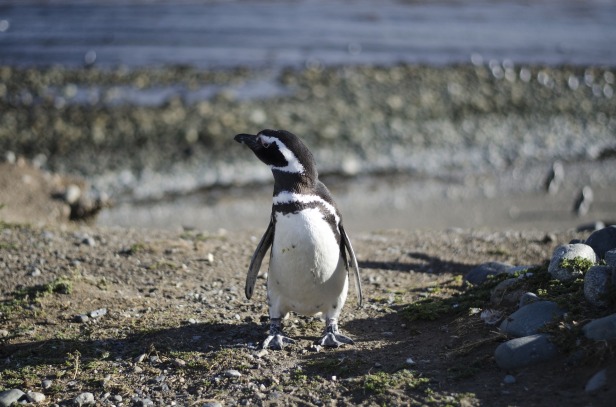 A while ago, penguins were a viable source of food and resources. Humans killed them for their beautiful feathers, their skin, their special oil, and ate their eggs. Furthermore, people also collected and used their droppings, called guano, for fertilizing soil. While that probably doesn’t sound like something harmful, it actually was detrimental for the flightless birds. They needed those excrements as well because some penguins use them for making their nests. Without it, the eggs just laid on the ground, more vulnerable to predators and the elements.

Sadly, plenty of these human hunting habits along with human-caused climate change – which is endangering their environment – has brought the penguins to a moment of crisis. Out of the 17 species mentioned, 13 of them are either endangered or on the brink of extinction. Remember, it’s World Penguin Day on April 25th, so maybe you could do something to help the survival of these magnificent and fascinating animals.

6 thoughts on “10 Things You Didn’t Know About Penguins”