Researchers at Case Western Reserve University and Babson College have found that the conflict between science and religion lies in our brains. And, in order to believe in god or universal spirit, humans suppress the network of the brain used for analytical thinking and engage the network that controls empathy. So, do you believe in God?

If so, then when you are thinking analytically about the physical world, you are likely to do the opposite, the study suggests.

“When there’s a question of faith, from the analytic point of view, it may seem absurd,” said Tony Jack, lead researcher of the study. “But, from what we understand about the brain, the leap of faith to belief in the supernatural amounts to pushing aside the critical/analytical way of thinking to help us achieve greater social and emotional insight.”

Another research in cognitive psychology has also proven that people who are religious or spiritual are not as smart as others, but are prosocial and show more empathy towards others. So, the more empathetic the person is, the more religious he or she likely is. Researchers came to this after having conducted eight experiments.

In one of the earlier researches, it was shown that women tend to hold more religious and spiritual worldviews compared to men. And, this new finding, published in the journal PLOS ONE, offers a new explanation for that past research, saying that women have a stronger tendency toward empathetic concern than men. 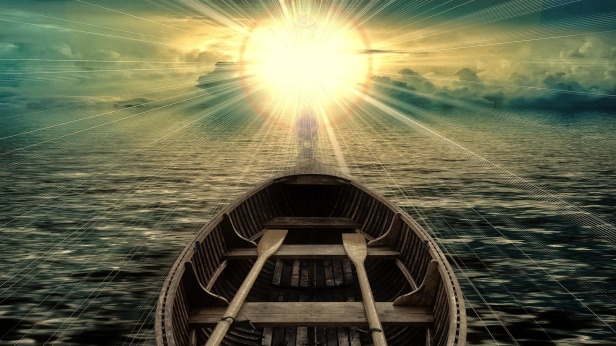 Also, Atheists on the other hand, are most closely associated with psychopaths (not killers), but “the vast majority of psychopaths classified as such due to their lack of empathy for others.” Be sure to check out another study that says religion children are less generous than their Atheist counterparts.

For their experiments, the researchers examined the relationship between belief in God or a universal spirit with measures of analytic thinking, including moral concern, each involving 159 to 127 adult participants. Consistently thought all eight different experiments they conducted, religious participants showed more moral concern. Also, both spiritual belief and empathic concern were positively associated with frequency of prayer or meditations and other spiritual or religious practices, but neither were predicted by social contact associated with religious affiliation, such as church dinners.

In one study earlier, Jack ‘s Brain, Mind & Consciousness laboratory used functional magnetic resonance imaging (fMRI) to show the brain has an analytical network of neurons that enables us to think critically and a social network that enables us to empathize. When the participants were presented with a physics problem or ethical dilemma, a healthy part of the brain fires up the appropriate network while suppressing the other.

“Because of the tension between networks, pushing aside a naturalistic world view enables you to delve deeper into the social/emotional side,” Jack explained. “And that may be the key to why beliefs in the supernatural exist throughout the history of cultures. It appeals to an essentially non-material way of understanding the world and our place in it.”

Friedman said, “Having empathy doesn’t mean you necessarily have anti-scientific beliefs. Instead, our results suggest that if we only emphasize analytic reasoning and scientific beliefs, as the New Atheist movement suggests, then we are compromising our ability to cultivate a different type of thinking, namely social/moral insight.”

“These findings,” Friedman continued, “are consistent with the philosophical view, espoused by (Immanuel) Kant, according to which there are two distinct types of truth: empirical and moral.”

Human brains are built to engage and explore the world using both networks. Such suppression in the brain network when presented with a physics problem or ethical dilemma, may lead to the conflict between science and religion.

“Because the networks suppress each other, they may create two extremes,” Boyatzis said. “Recognizing that this is how the brain operates, maybe we can create more reason and balance in the national conversations involving science and religion.”

6 thoughts on “Do You Believe In God? See What It Does To Your Brain”