UFOs or Unidentified Flying Objects are mysterious objects which people have claimed to have seen since old times, but it wasn’t until a century ago that people started associating them with the aliens. While some believe we’re being visited by aliens, others have remained skeptical of the phenomenon giving rise to a bunch of theories for and against it which includes the conspiracy theories.

With countless of Aliens and UFO conspiracy theories on the way, there is a never-ending reports of Alien encounters and UFO sightings. Many believe that evidences of UFO sightings and encounters with extraterrestrial visitors are being suppressed by governments around the world and most notably the United States government. However, this time, the governments may not stand a chance, because his man, Dr. Richard O’Connor, from Clancy, Montana, has proof that UFOs are real.

Or, at least he believes so.

With two motion detection cameras positioned 30 feet off the ground and pointed towards the sky, Dr. Richard O’Connor, with his folks, have managed to capture nearly 280,000 photos for over the course of nearly two years. Although most of the photos captured showed birds, squirrels, or branches, something unexpected did actually happen in the five photos his cameras captured in November, 4.

The cameras captured something flying through the skies of Montana, which Dr. Richard O’Connor believes would be hard for some to explain. Below are 6 of a series of 20 photographs which O’Connor captured on November 4. 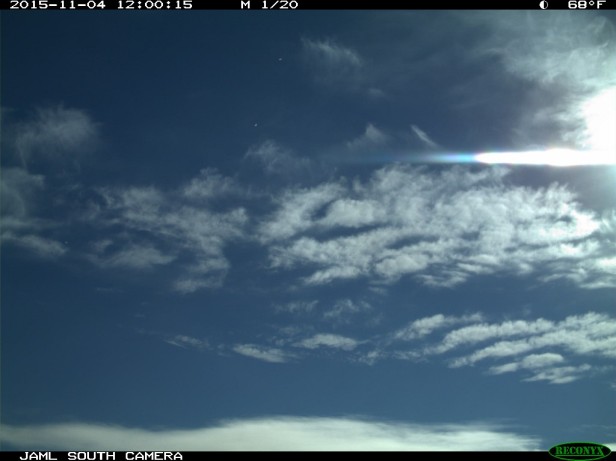 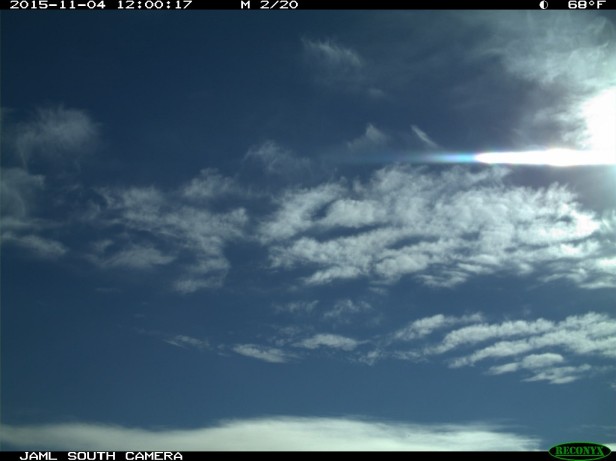 The photos have been mislabeled as “South Camera” as you can see at the left bottom of the photos. Folks at Crop Circles Research Foundation said that they were actually taken by the east-facing camera.

O’Connor findings of what he believes to be two unidentified flying objects has made some communities of UFO fans and experts angry.

“It appears to be a light source,” O’Connor told Great Falls Tribune. “In my opinion, even a hardened skeptic would say ‘Wow, that is what I expect a UFO would look like.”

“Basically what you see is a very symmetrical, smooth and reflective surface that appears to have his own light source.”

His claims have sparked some debate and there has been a barrage of email exchanges between the experts. Now O’Connor has to find his own photo experts to find out what his cameras may have actually captured – the answers are yet to reveal.

O’Connor, who is a retired anesthesiologist, says he has no knowledge of how to manipulate photos on a computer. So he sent his photos to NUFORC (National UFO Reporting Center).

A series of 20 photographs were captured by a Reconnyx Hyperfire 900 series camera as a result of a 21 months (and ongoing) UFO/ET Contact research project. The first 5 photos in this series recorded the direct approach of 2 UFOs to the east-facing camera from an unknown distance. Photo M 5/20, obtained 6 seconds after the series of photos was triggered, reveals a clear photo of a UFO. Neither UFO is seen in photo number 6, recorded approximately 1 second later. I feel that this series of photos proves beyond a shadow of doubt that UFOs are real. The next phase of this project will be aimed at clarifying to whom this UFO belongs, i.e. was this UFO of human or of ET (Star Visitor) origin. If this UFO was of Star Visitor origin, can we make Contact with them? We are going to try!

“The two white-colored specks in the photo appear to us to be birds, but we cannot be certain,” notes NUFORC. “However, we note that the source of the report is actively involved in the field of UFO research.”

After that, Peter Davenport, who is the head of the NUFORC, forwarded the photos to “a skilled photo-analyst,” requesting that he would try to ‘extract’ more information about the object than mere visual inspection would permit.”

“Bottom line, I think the images are real, but remain a mystery,” wrote the photo-analyst. “I suspect the lights in the first and last photos are sun reflections off of something rather than any propulsion system.” Later, the analyst concluded that it is a puzzle to solve rather than a fake.

Another analyst didn’t quite agree with O’Connor proclaiming that photos he captured were “100 percent fake.” To that, over the email, O’Connor reacted to Davenport, saying that he would get an unbiased photograph analysis. Davenport also suggests O’Connor to forward his photos to someone whom he can trust trusts.

O’Connor has offered to take a polygraph tests and he is planning to meet with other experts in photo analysis.

Also, in an earlier interview, as reported at Great Falls Tribune, O’Connor said “What you see there is what came off that camera.” He said his main intention is “to let people know that UFOs are real. These photographs are proof positive that UFOs are real.”

O’Conner said they deserve to be studied in a “well-funded, unbiased scientific study to determine if we are being visited …”

Also recently, O’Connor received an assessment from a photo analysis from another UFO research organization, which reads:

“This photo is an interesting one. The colors of the object resembles the surrounding blue sky and clouds. This would naturally occur with highly reflective silver objects. The fact it was 1/20 second frame rules out balloons or other man-made objects. It also indicates the objects decelerated and accelerated and held position for just one frame, as there’s no elongated motion line that would have occurred if the velocity was constant.“I’m sure some will say it’s one frame of hot pixels; which is impossible for just one frame and a wide selected zone of linear pixels,” the analyst wrote. “Some will say it’s a digital recording artifact; this is not possible because the pixels comprising … the objects are linear with gradient fall off. When all other explanations are ruled out the proverbial ‘flying swamp gas’ explanation is offered, and this is done by those who choose to ignore the laws of physics.”

O’Connor said he understands the skepticism of others and his biggest fear is that truth will be suppressed. “I am interested in the truth,” he said. “If I am subjected to criticism to get to the bottom of this, then I guess it’s part of the deal.”

So, do you think this evidence is sufficient to support the existence of UFOs or their association with aliens ? If yes, then is it an indication that humans are in trouble? But if you don’t think they exist then what have you got to say about those bizarre occurrences of objects that nobody could explain until now? Feel free to share your thoughts!

9 thoughts on “Are UFOs Real? Man Claims He Has Proof”