Researchers are closer to finding why some people live past 100. Genomic analysis of about 800 people who are over the age of 100 and 5,400 people over the age of 90, has identified several new genes that shield the centenarians against the effects of aging. 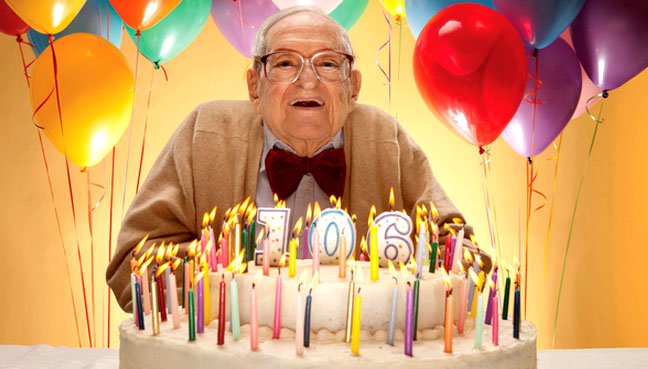 “There’s a reasonably strong genetic component to becoming a centenarian, and we want to find out what that is,” Stuart Kim, who is a professor in the Department of Developmental Biology and Genetics at Sanford University, told Live Science. “We’re beginning to unravel the mystery” of why some people age so successfully compared to the normal population.

According to the paper published in PLOS Genetics, 4 Genes, namely – the ABO gene, CDKN2B Gene, APOE Gene and SH2B3 Gene are the keys to longevity and are found more commonly in centenarians than in people with a normal life span. As Live Science notes, the gene ABO determines blood group, CDKN2B helps regulate cellular life cycles, a gene APOE is associated with Alzheimer’s disease and SH2B3 has been shown to extend lifespan in fruit flies.

One of these four genes causes type O blood, which is associated with better health outcomes and survival. Moreover, the gene APOE has a variant that can decrease or increase one’s chances of living beyond 100. The variations are common in the general population, but centenarians seem to have fewer “bad” variants, according to New Scientist. Kim suspects that there could be more genes associated with a longer life span.