You may question why evolution does not favor most of the animals to have green fur. The answer is simple – the green is a tough color to make in nature.

Also, you might think that if animals have green coating, it would make them really easy to pounce on their prey or by camouflaging with nature, they could effortlessly protect themselves from getting hunted by predators. But either way, you are wrong.

In nature, there is only one green pigment called chlorophyll present only in plants. This green pigment only can make plants green. This is why green despite being everywhere, it is very rare and nature finds it really tough to make. So, if there are no animals with green fur, what makes frogs look green?

In frogs, there is a complex combination of pigment-containing and light-reflecting cells known as chromatophores and this combination makes not only the frogs, but also the fishes, reptiles and other amphibians appear green to the human eye. 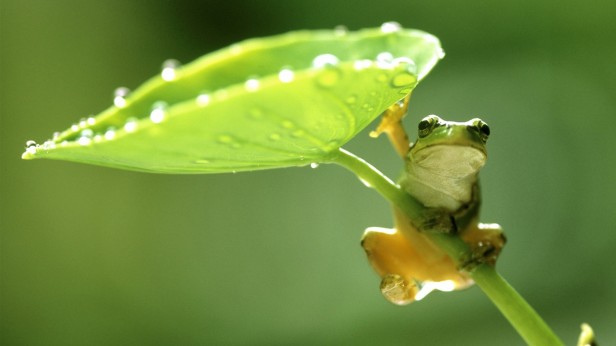 As LiveScience explains, iridophoes only reflect light off of the surface of purine crystals. When the sunlight hits the skin of the frogs, these purine crystals in the cells, reflect blue light. And xanthophores, which stay on the top, contain yellowish pigments. So when the reflected blue light from iridophores travels to the top layer of xanthophoes, which has yellowish pigmentation, all the colors are filtered out except what it appears to be green to the human eye. As a matter of fact, even frogs are not really green, too.

Another reason why animals don’t have green fur is that most animals are colorblind and they cannot see green. Even animals that are green and red colorblind see these two colors as different shade of yellow or brown. Having green fur is of no use for most animals, too and having red or brown coating is already good enough to exploit their colorblind eyes. 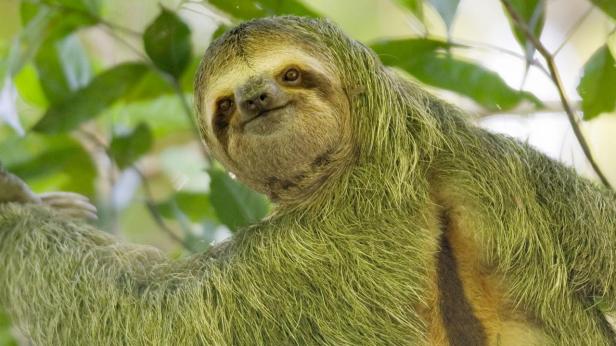 Also, sloths may sometimes appear to have green fur. It is caused by an algae. It is popularly assumed that sloth fur has a symbiotic relationship with green algae. Sloth fur has a high affinity for water, so this gives algae a good supply of water. In return, the algae provides extra nutrients and camouflage for sloth.

11 thoughts on “Why Are There No Animals With Green Fur? Why Are Frogs Green?”