However, there is no conclusive evidence against the claim as yet, but a speech by Daniel Goleman at TED TALKS – “Why aren’t we more compassionate?” claimed that there is zero correlation between IQ and emotional empathy; they are controlled by different parts of the brain.

Although there is no complete evidence about correlation between IQ and emotional empathy, this study however could slightly clear the complication. 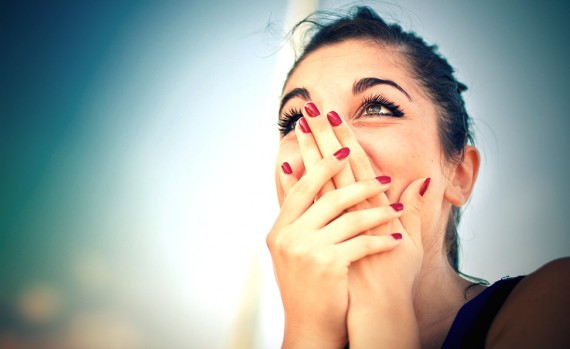 The researchers studied the correlation between grey matter density and cognitive and affective empathy and examined whether people who have more brain cells in certain areas of the brain are better at responding to different types of empathy.

Robert Eres, who is the lead researcher of the study said that people who have high emotional empathy are often those who get quite fearful when watching a horror movie, or those who cry during a sad scene, and those who are high on cognitive empathy are more rational. These are the kind of people who simply know someone else’s
feeling, what they might be thinking and those who can help in a negotiation or in motivating people. For example, a psychologist counselling a client.

The researchers studied 176 participants and used voxel-based morphometry (VBM) on them to examine the extent of grey matter density. Based on what they scored, the researchers rated their levels for cognitive empathy compared to affective or emotional empathy. They found that participants with high scores for affective empathy had greater grey matter density in the insula – a region of the brain deep in the cerebral cortex. And those who scored higher for cognitive empathy had greater density in the midcingulate cortex – a region above the corpus callosum, which connects the two hemispheres of the brain.

The study published in the journal NeuroImage, confirms that empathy is a multi-component construct and the individual differences in empathy are subserved by anatomical differences. It also raises questions such as – if some kinds of empathy could be increased through training or if people can lose their capacity for empathy of they don’t use it enough.

“Every day people use empathy with, and without, their knowledge to navigate the social world,” said Mr Eres.

“We use it for communication, to build relationships, and consolidate our understanding of others.”

The study also raises further questions like whether people could train themselves to be more empathic, and would those areas of the brain become larger if they did, or whether we can lose our ability to empathise if we don’t use it enough.

“In the future we want to investigate causation by testing whether training people on empathy related tasks can lead to changes in these brain structures and investigate if damage to these brain structures, as a result of a stroke for example, can lead to empathy impairments,” said Mr Eres. [Hat Tip: Monash University; Image via melissamcphail.com]

11 thoughts on “Emotional People Have Brains Different From Rational Ones”