Elon Musk’s idea of building the “Hyperloop” which was once a hypothetical system of high-speed transportation is now set to become a reality and the Hyperloop test track is being built in the Golden State, California.

Hyperloop Transportation Technologies (HTT), a research company which was founded soon after Musk’s original Hyperloop thesis was published in 2013, have signed a deal to build the five-mile long Hyperloop test track in central California, which will be the world’s first hyperloop track ever built. 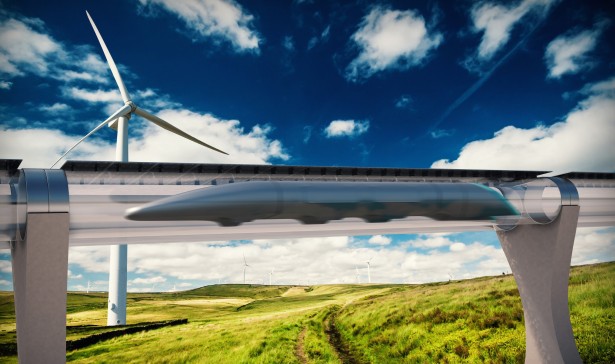 The conceptual route for the track is about 400 miles long which runs from the Los Angeles region to the San Francisco Bay Area, but the five-mile long pilot project will not be long enough to reach the proposed 1,200 km per hour (800 mph).

According to HTT CEO, Dirk Ahlborn, the construction should be done by 2017 and should start carting passengers by 2018. Hopefully, once they have built the track as envisioned, we should be able to travel at 1,200 km per hour.

Hyperloop works by creating a partial vacuum inside a giant tube and it is guided by magnets. Since the hyperloop is based on a vacuum tube train (or vactrain) concept, there should not be difficulties in managing air friction and air resistance, because this design employs maglev line which is known as magnetic levitation, using evacuated or partly evacuated tubes or tunnels.

This action of repulsion and attraction caused by magnets that are placed outside of the train and on the inside of the tube, propel the train uniformly along the tunnel and this helps reduce air resistance, making any vactrain based transportation system to travel at hypersonic speed (6 times faster than the speed of sound).

VIDEO AND IMAGE GALLERY OF THE HYPERLOOP 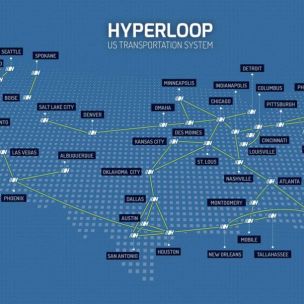 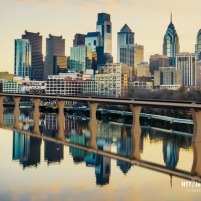