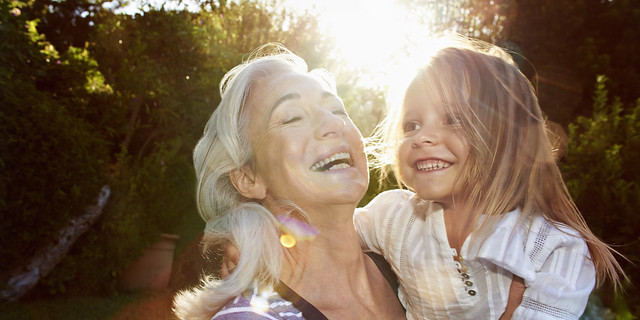 A study conducted by researchers at the University of Michigan reveals that having a purpose in life boosts your health. This surprising correlation has been deduced by studying more than 7,000 Americans.

Experiments showed that those who scored higher on the ‘purpose of life’ scale were more likely to get healthy screenings, for example – colonoscopies and mammograms. Not just that but they were also more likely to get more number of various screening tests over the next six years. Because these people spent more time on preventive health care, they spent less time in the hospital. Past studies have revealed that older adults with strong sense of purpose have lower risks of heart disease, stroke and Alzheimer’s disease.

Researchers carried out this study to find out whether purpose-driven people make different decisions regarding preventive health care which might explain why they have lower health risks.

The subjects were all aged 50 years or above, because according to Dr.Eric Kim, when people retire, they can lose their sense of purpose somewhat. Data from 7168 Americans older than 50 was analyzed. They all took part in an ongoing health survey. The survey included some questions on the purpose in their life. They were asked to which extent they agreed with given statements like ‘I have a sense of direction and purpose in life’, ‘My daily activities often seem trivial and unimportant to me,’ etc.

The study revealed that the higher people scored on purpose scale, the greater their chances of getting a cholesterol test, mammogram, colonoscopy, prostate exam or pap test over the next six years. For example, about three-quarters of the study group got a cholesterol test. But the odds went up 18 percent for every point on the purpose scale. The other conclusion that this study drew is people with strong sense of purpose also less likely to be hospitalized often. Over six years, participants spent an average of seven nights in the hospital, but for every point on the purpose scale, this average dropped by 17%.

According to Kim, although good health care is not a direct effect of having a purpose in life, these findings clearly reveal an association between the two.

The researchers did account for other factors like people’s education, wealth, depression or anxiety but still purpose itself was still tied to higher rate of screenings. Professor James Maddux of University of Fairfax says there could be two reasons behind these correlations. First that people with purpose want to live longer and healthier as they find life meaningful. Other that these people wanting to live a purposeful life maybe generally better at setting goals and making plan which also includes heath care.

But there’s still hope for those who lack a sense of purpose because the sense of purpose can be increased and group therapy, meditation and such techniques have been found beneficial in previous studies.

If you are retired and feel like your life has become less meaningful, you can volunteer or take classes and do much more to regain your sense of purpose. Having a purpose in life and doing meaningful things can not only be good for your emotional well-being, but also physical and physiological health is improved.